Reviewer Connie Kuhns explains why there's a greater story to be told about music and the Women's Movement than this documentary film presents
KURATED NO. 113
FILM REVIEW: by Connie Kuhns
Rise Up: Songs of the Women’s Movement CONTENTS
Kurated is pleased to present this guest column film review by well known women’s music expert, respected writer and longtime friend and colleague, Connie Kuhns. We met in the mid-1980’s at Vancouver Co-op Radio where she produced and hosted Rubymusic – a weekly show featuring women’s music – for 15 years.

RISE UP: SONGS OF THE WOMEN’S MOVEMENT CAN’T FIND ITS FEET

One of the perks of being part of an historic social movement is when that history is being written, you get to have lots of big opinions. And I formed a few while watching the documentary film Rise Up: Songs of the Women’s Movement. As the producer of Rubymusic, an early women’s music radio show (1981-1996) and a music journalist, researching and writing about the history of women in music has been a preoccupation. If I wasn’t backstage, or behind a mic, I was in the audience. It took me multiple viewings of Rise Up to realize this documentary wasn’t made for me.

Co-produced by the talented team of Jim Brown and Donna Korones, the film was made to celebrate the 100th anniversary of the 19th Amendment to the U.S. Constitution which gave women the right to vote. Told by an impressive group of musicians and activists, Rise Up is an abbreviated overview of the modern women’s movement structured around a playlist of nineteen songs.

In one brief hour (52 minutes to be exact) we’re taken from the Suffragettes to the Civil Rights movement to the early women’s liberation marches. The birth control pill is introduced, the National Organization for Women is formed and lesbians fight for recognition. Next up is the battle for the Equal Rights Amendment, Phyllis Schlafly’s anti-feminist counter movement, and Ronald Reagan. Holly Near comes out, and women-only festivals, coffee houses and bookstores emerge.

Historic struggles are explained quickly. There’s talk of being at the feet of men, of wanting a seat at the table, how women’s rights are civil rights, how the women’s movement offered “a cauldron of training and possibilities”, and of how women came out after buying their first Holly Near album, which made me laugh. But I found myself saying, “it was so much bigger than this”. Eventually, I became more generous in my assessment of the film when I understood that its target audience is people who weren’t there, most likely because they weren’t yet born.

Songs influenced by – but not of – the women’s movement

Of the songs chosen, several were very significant when released into the pool of popular culture. But with one or two exceptions, I don’t think of these songs as “songs of the women’s movement”. This is an important distinction as the women’s movement had started writing songs of its own.

“You Don’t Own Me”, recorded by Leslie Gore in 1963, was a big hit with teenage girls, for sure. Canadian musician Heather Bishop gave it a new twist when she sang it to her early feminist audiences. (It’s now used in an Armani commercial.) Aretha Franklin’s 1967 cover of Otis Redding’s “Respect” deserves just that, as does anything Aretha ever touched. Loretta Lynn’s song “The Pill” was originally banned on country radio when it was released in 1975. Janis Ian’s “At Seventeen”, came out that same year and reached into some lonely places. Gloria Gaynor gave us something to dance about in 1978 with “I Will Survive”. Two years later Joan Jett sang “Bad Reputation” and Dolly Parton wrote “9 to 5”.

Helen Reddy’s I Am Woman resonated

These songs certainly set the stage in their own genres. They were signals of what was coming, and in some places had started to arrive. These songs were influenced by the spirit of the women’s movement, but were not from inside. That’s a different documentary. However, one popular song did find women where they lived, and crossed over big time onto the front lines. It was Helen Reddy’s “I Am Woman” in 1972.

There is very early film of Bessie Smith and Sister Rosetta Tharpe, some great video from the Michigan Womyn’s Music Festival and the 1975 Women on Wheels Tour. There is concert and video footage of Joan Jett, Gloria Gaynor, Tina Turner, Aretha, and music videos for “Girls Just Want to Have Fun” and “Sisters are Doing it for Themselves.”

Gloria Steinem, Jane Fonda, and Tony Van Pelt, the president of NOW at the time of the filming, provide some historical context, as do musicians Cyndi Lauper, Loretta Lynn, Janis Ian, Gloria Gaynor, Joan Jett and Melissa Etheridge. The women’s music movement is represented by Margie Adam, Holly Near, Judith Casselberry, and June Millington, among others. Ginny Berson, a cofounder of Olivia Records and Lisa Vogel from the Michigan Womyn’s Festival are also included.

There is a lot of rich history here along with the women who lived it. Olivia Records was a trailblazing all-women recording company. Michfest was a cultural hub for women (especially lesbians) for forty years. June Millington and Ann Hackler founded the Institute for the Musical Arts, a 25-acre campus dedicated to supporting women and girls in music and music related business. But you don’t get to hear about it. Unfortunately, for the most part, the questions asked of these women is limited to what they thought of this particular list of songs.

“You Don’t Own Me” is referred to as a wake-up call. “At Seventeen” is called seditious. “9 to 5” is an anthem exposing work-place sexual harassment. “Girl’s Just Want to Have Fun” becomes a “multi-racial, multi-generational, feminist fun”, and Tina Turner’s “What’s Love Got to Do With It” is now an example of speaking truth to power, an early example of #MeToo. (Ironically, the songwriters intended the song for a male voice as its subject matter is sexual encounters without emotional attachments. I suspect because the song, recorded by Turner in 1984, became the title of the 1993 biopic on her life, it is used in Rise Up as an example of a woman standing up for herself by leaving an abusive relationship, which she famously did.)

Jim Brown is a prolific, Emmy award-winning documentary film-maker who specializes in music biographies and concerts. His work goes back to the remarkable 1982 Weaver’s documentary Wasn’t That a Time. Donna Korones is a major player in women’s music. Her client list has included  Linda Tillery, Margie Adam, Holly Near, and the late Ronnie Gilbert, whom she married in 2004. Previously, Korones, Brown, and producer Heather  Smith (who also worked on Rise Up) produced a documentary on Holly Near, Singing for Our Lives.

The greater story remains to be told

I watched Rise Up: Songs of the Women’s Movement as part of a fundraising drive for PBS, which may have added to my frustrations. (I got so tired of hearing the word empowering.) But here’s what I think. Someone was in a hurry. It’s as if they pulled together whatever they could find and went with it. Despite the title, Rise Up can’t find its feet. This is too bad as there is a greater story waiting to be told and so many songs of the women’s movement still waiting to be heard. By everyone.

The DVD and CD for Rise Up are available by pledging to a PBS station.

Connie Kuhns has a forty-year history as an essayist, journalist, photographer and broadcaster. Her essay “Strange Women” (Geist 95) about women in Vancouver’s early punk scene, was a finalist for a National Magazine Award. Other essays have been finalists for a Western Magazine Award,  the Prism International and LA Review Creative Non-fiction awards, and named “Notable Essay of 2012” in the Best American Essay Series. Her 13-word love story was published in the New York Times Modern Love column celebration, and in 2019 she received an Honorable Mention for the Frank McCourt Memoir Prize.

For fifteen years, Kuhns was the producer and host of the radio show Rubymusic, on CFRO Radio, Vancouver. In the late 1990s, she was the host of the Rubymusic stage at the Vancouver Folk Music Festival. She is currently working on a collection of her previously published music essays and interviews and has started archival sites on Facebook and Instagram under the banner RubymusicRadio.

Her essay “Strange Women”, as well as recent essays on Yoko Ono and Joni Mitchell can be found on the Geist website at www.geist.com/kuhns-connie

The playlists on Spotify and YouTube both have five songs from the 19 that are referenced in the documentary film Rise Up: Songs of the Women’s Movement. There are an additional 10 and 11 songs on the respective Kurated playlists.

The YouTube list is the most complete as not all of the artists could be found on Spotify. So in place of “Freedom Time” by Linda Tillery, I have added a song recorded in 2010 by her Cultural Heritage Choir, who appeared twice on the Rubymusic stage at the Vancouver Folk Music Festival. In place of  Mary Watkins’ instrumental “Back Rap”, I have included vocal activist Melanie DeMore, accompanied by Mary on piano in 2012. At this time, there were no recordings by Meg Christian on Spotify.

In choosing these additional songs, I’ve tried to stay true to the times and select songs that were historically important. I also wanted to be as representative as possible of the various messages and musical styles coming out of the women’s movement. ck

NINA SIMONE: I WISH I KNEW HOW IT WOULD FEEL TO BE FREE 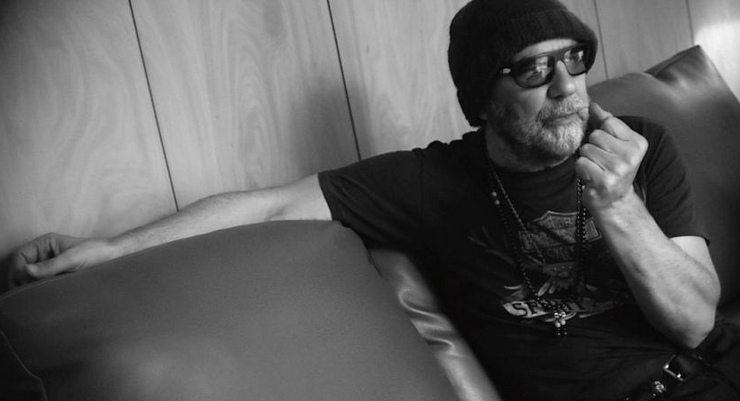 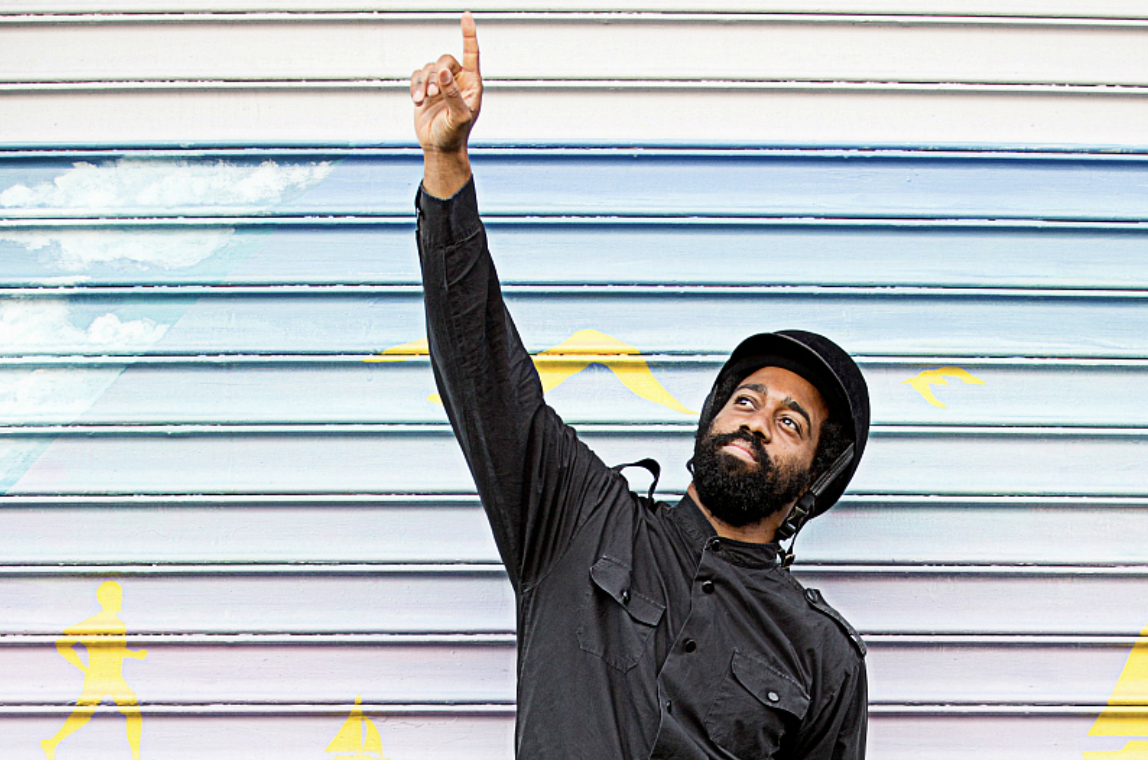