Black influence on music has been fundamental. But the battle against racism is far from over
KURATED NO. 59
BLACK HISTORY MONTH
If Music Could Change The World
CONTENTS

The next few Kurated columns will feature black artists and issues. Some of the music will foreground protest and struggle. Some of it will showcase innovative work by the current younger generation of black artists who continue to change the dominant forms of the contemporary music we listen to. All of it will highlight artists and music worth hearing and knowing about.

IF MUSIC COULD CHANGE THE WORLD

In 1939, black jazz singer Billie Holiday released Strange Fruit. The opening stanza of the haunting song’s stark and succinct lyric underlines the truth about lynching in the American south:

“Southern trees
Bear strange fruit
Blood on the leaves
And blood at the roots
Black bodies
Swinging in the southern breeze
Strange fruit hangin’
From the poplar trees.”

Strange Fruit was Holiday’s signature song and indirectly led to her tragic death. (You can read How Strange Fruit Killed Billie Holiday in online magazine The Progressive.)

More than 80 years later and what’s changed? The answer is simple: a lot and not nearly enough.

THE FUNDAMENTAL INFLUENCE OF AFRICAN AMERICANS ON POPULAR MUSIC

African-American influence is fundamental to the music we have been listening to since the mid-19th century.

Writing for the Smithsonian Institute website, Steven Lewis says: “People of African descent were among the earliest non-indigenous settlers of what would become the United States, and the rich African musical heritage that they carried with them was part of the foundation of a new American musical culture that mixed African traditions with those of Europe and the Americas.

“Their work songs, dance tunes, and religious music—and the syncopated, swung, remixed, rocked, and rapped music of their descendants—would become the lingua franca of American music, eventually influencing Americans of all racial and ethnic backgrounds. The music of African Americans is one of the most poetic and inescapable examples of the importance of the African American experience to the cultural heritage of all Americans, regardless of race or origin.”

Blues, jazz, rock and roll, soul, funk and R&B all spring from the black diaspora. It seems unbelievable that the creative people who have brought such meaning and wealth to our cultural lives continue to face unspeakable levels of discrimination.

This year’s version features contemporary black artists and a number of Canadians.

2) Cold Little Heart Michael Kiwanuka’s eponymously titled third album has vaulted the 32-year-old British-Ugandan into the spotlight and a world tour which saw him play in Vancouver last week. Some entries in the excellent new collection have an updated retro feel thanks to producer Danger Mouse’s hand and Kiwanuka’s propensity for the sounds of Curtis Mayfield, Marvin Gaye and Isaac Hayes. This is one of the best albums of 2019.

4) Nterini Malian Fatoumata Diaware lives in Paris and has been recording for about 10 years. She has been nominated for Grammy Awards and is also an actor. And she plays a very cool electric guitar.

6) Do It 27-year-old DJ Kaytranada (Louis Celestin to his parents) was born in Haiti and grew up in Montreal. He’s a member of the hip hop group The Celestics. He started DJing at 14. His 2016 debut album 99.9% won that year’s Polaris Music Prize.

7) Loyal  This all-Canadian collaboration  features Mississauga’s PartyNextDoor and Toronto’s Drake. Drake! Canada’s world famous musical export. Big basketball fan. And an even bigger international star. What The Beatles were to Britain and Abba to Sweden.

9) Quasheba, Quasheba This song was penned – and is sung – by former Vancouverite Allison Russell (Po’ Girl, Fear of Drinking, Birds of Chicago) as part of the 2019 collaborative Songs of Our Native Daughters project. The song was inspired by Russell’s family’s history. Her ancestors were traced back to Ghana where a woman named Quasheba was enslaved and sold to a sugar plantation in Grenada. Russell’s father hails from the island nation.

Allmusic.com calls Songs of Our Native Daughters “a bold, brutal, and often beautiful dissertation on racism, hope, misogyny, agency, and slavery told from the perspective of four of modern roots music’s most talented women, who also happen to be black.

10) All I Do (feat. SiR, Bridget Kelly, Song Bird) Rooted in traditional drums-bass-and-keyboards jazz, Robert Glasper has broadened his musical palette since his 2004 recording debut to include R&B, hip hop and well beyond. He’s become a highly collaborative and experimental musician and has won two Grammy Awards for his contemporary and traditional R&B collections in 2014 and 2016.

11) Meridien Ground Kaia Kater’s 2018 album Grenades explores her Haitian background. The 27-year-old Montreal-born musician recorded her first album in 2012 and has won wide acclaim for her banjo playing and insightful and relevant writing.

Skip Marley is one of Bob’s grandsons. H.E.R. is California-based, 22-year-old child prodigy Gabi Wilson who won two Grammy Awards for her 2018 album and was nominated five times this past year. H.E.R. stands for Having Everything Revealed.

15) The Consequences of Jealousy Robert Glasper with Meshell Ndegeocello and Georgia Anne Muldrow.

16) (No One Knows Me) Like the Piano Sampha was born in London, England to parents from Sierra Leone. Before releasing his first album in 2017 – the Mercury Prize award-winning Process – Sampha was a producer for a wide range of artists including Drake and Beyoncé. 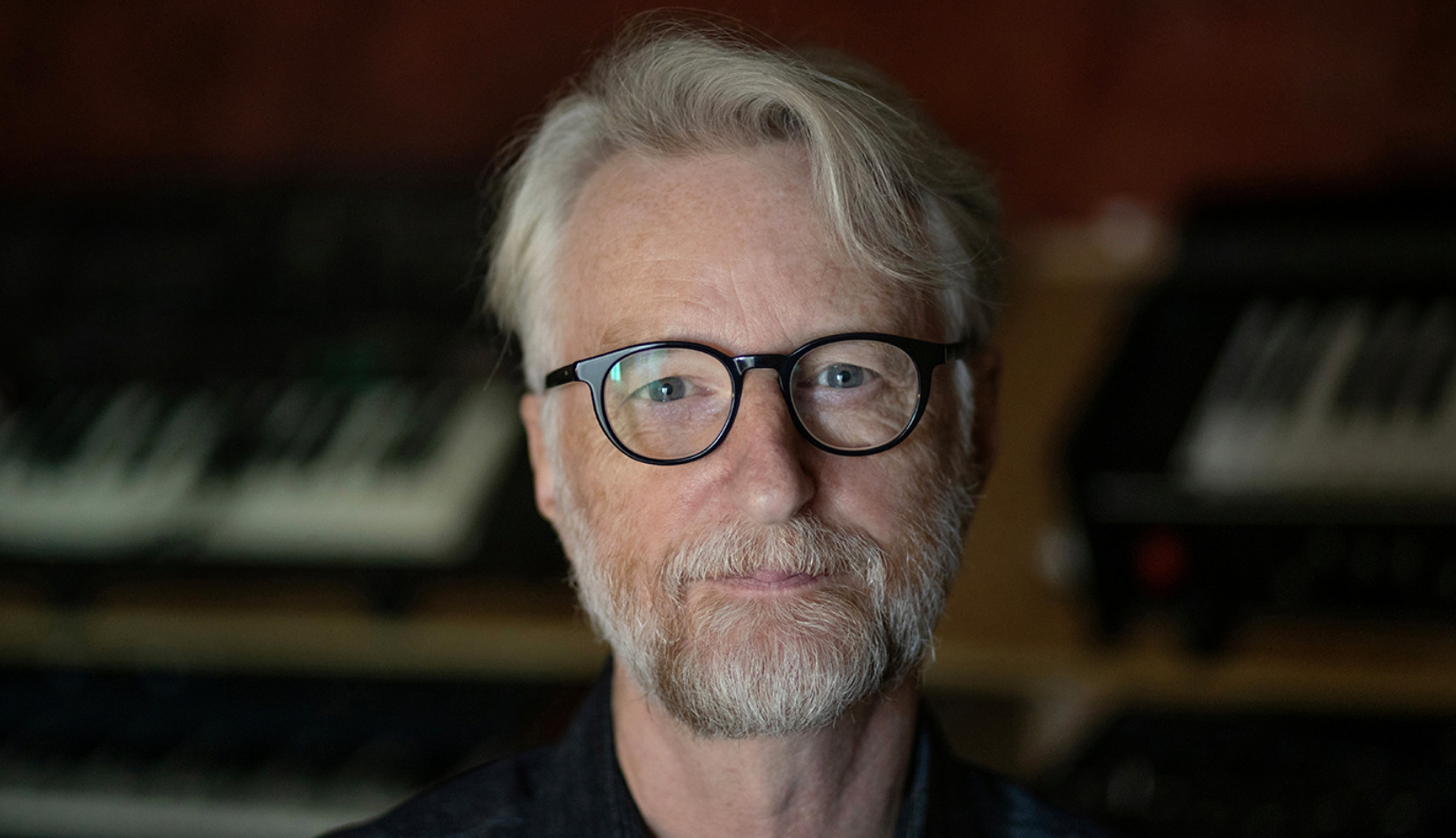 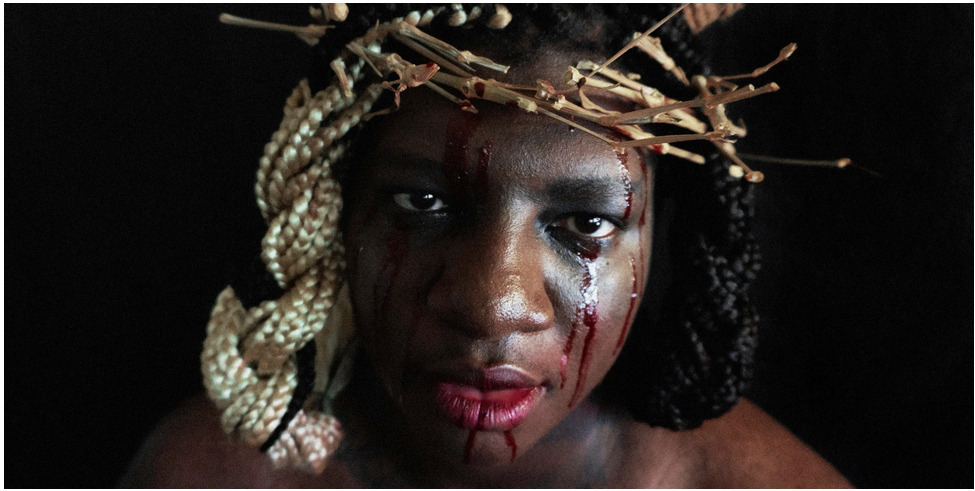