The diverse music inspired by Black Lives Matter is bound by a profound shared grievance and a stance of never giving up
KURATED NO. 110
Black History Month 2021
BLACK MUSIC MATTERS: PART 1 – The Easy Mix
CONTENTS

The past year has been momentous in the struggle for Black rights. February is Black History Month and, once again, Kurated is focusing on Black issues and artists.

“Black lives matter and so does black love; no one wants a life without love, but we have generations of people in our community who haven’t had the tools to actually be in healthy relationships.

It seems like people are finally ready to open their eyes to systemic racism in this country, and if we’re going to talk about it, we have to also talk about how it affects our relationships — how we communicate, how we see ourselves, how we treat each other.

It’s not always good, even though maybe it could be.”

The shooting death of Florida teenager Trayvon Martin in February, 2012 sparked the protest that launched #BlackLivesMatter on social media 17 months later when his killer was acquitted of murder.

The decentralized movement has grown enormously since then and was responsible for millions of Black people and their allies taking to the streets worldwide last year in the wake of George Floyd’s murder by a Minnesota police officer.

Diverse music across the musical spectrum

Alongside the movement, a diverse playlist of protest and race-conscious music has emerged from different segments of the musical spectrum. Some of them are at odds with each other. Black rappers and hip hop artists are among the wealthiest musicians in the music industry and they aren’t necessarily singing from the same songbook as their more left wing sisters and brothers.

But one thing is clear: this latest version of racially charged civil unrest has spawned much passionate and meaningful music.

In 1961 civil rights leader Martin Luther King Jr. said: “The freedom songs are playing a strong and vital role in our struggle.”

Today the Black community’s brash rappers, plaintive balladeers, articulate hip hoppers, cool and wild R&B and jazz players, plus blues and folk artists all have something they want to get off their collective chest. There is deep grief and sadness in this music. There is justified anger and disgust. Too, there is hope and inspiration. Importantly, there’s insistence about never giving up.

Two playlists: The Easy Mix and The Hard Mix

Since I started writing Kurated a little more than two years ago I’ve paid more attention to Black artists and their work in R&B, hip hop and rap. I’ve shared much of what I’ve learned in various posts including these two. It’s an ongoing education and project. For the two posts about Black Music Matters (Kurated No. 110 and 111) I’ve made a playlist for each. Some of this music wants to be listened to and some of it asks you to get up.

The first playlist is Black Music Matters – The Easy Mix. The second is The Hard Mix. The tone in Easy Mix is lighter and accessible. You may have heard many of these songs or artists on the radio. Hard Mix also features familiar artists. At the same time, it has edge, danceable and energetic rhythms, alert hip hop rhymes and boisterous rap.

As I’ve said before, I don’t necessarily like everything I present here. But, in the spirit of inquiry, I think what’s here is worth knowing about.

1) Black Is – Sault The members of this British group present themselves anonymously and have issued four collections – two in 2019 and two in 2020. Their most recent is called Untitled (Black Is). Their AllMusic.com biography says: “…they have integrated numerous styles including retro-modern psychedelic soul, rambunctious post-punk funk, righteous Afrobeat, and purposefully oblique pop. They’ve been just as varied from a lyrical standpoint, shifting with ease from affection and heartache to opposition and upliftment.

2) Little Boy – Sault This group presents like a fist in a velvet glove.

4) Stand Up – Cynthia Erivo British singer, songwriter and actress Cynthia Erivo earned two Academy Award nominations for her work in the film biography about Black abolitionist and Harriet Tubman. Stand Up – which she sings and cowrote – was nominated for best song in 2020’s 92nd Academy Awards. She was also nominated as best actress for her portrayal of Tubman.

7) If I Have A Son – Ruth B Born in Edmonton to Ethiopian parents, Ruth Berhe has been musically active since 2013 when she released a snippet of her Peter-Pan-inspired song Lost Boy on the now defunct Vine platform. Since then she has garnered millions of streams on her YouTube channel and Spotify. If I Have A Son was released last summer.

9) Being The Same – Dominique Fils-Aimé The Montreal-based Haitian-Canadian artist is a Juno Award winner. This song is from her just released collection Three Little Words.

10) Turntables – Janelle Monáe American singer-songwriter, rapper, actress, and record producer Monáe recorded Turntables for the September, 2020 documentary film All In: The Fight for Democracy about U.S. black voter suppression. Georgia Democrat Stacey Abrams, who led right-to-vote initiatives in the state, was involved in making the film.

11) A Beautiful Noise – Alicia Keys and Brandi Carlile The song was released as part of a get-out-the-vote campaign during the last U.S. election

12) Lift Every Voice and Sing – Bebe Winans Often referred to as the Black National Anthem, Lift Every Voice started as a poem written by James Weldon Johnson and was first performed by 500 children on February 12, 1900 to mark Abraham Lincoln’s birthday. Johnson’s brother – John – set the lyric to music and it was adopted by the National Association for the Advancement of Colored People (NAACP) as its official song.

14) Eparapo – Tony Allen Eparapo means “join forces” in Yoruba, a language primarily spoken in Nigeria. The late drummer Tony Allen hailed from the West African nation and, along with Fela Kuti, is one of the main co-founders of the Afrobeat genre.

17) hooded procession (read their names outloud) – Ambrose Akinmusire Many of the songs written during Black Lives Matter invoke the names of Black people who have been killed at the hands of police. Jazz trumpeter Akinmusire has written this instrumental to act as backing music for the occasion. 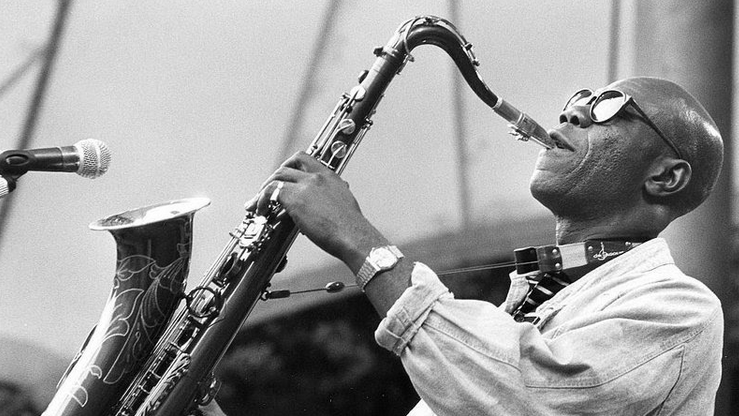 IN THE KEY OF FELA: CATCH THE (AFRO) BEAT