Readers' Choice 2022 kicks off with a single-song appetizer seguing into a 91-song playlist covering a host of genres and blends
KURATED NO. 167
READERS’ CHOICE 2022
Part One
CONTRIBUTORS

The Fifth Annual Edition of Reader’s Choice opens with a single song appetizer and moves to a 91-song playlist feast.

• VICTORIA WRITER Helene Meurer presents a choice meant to inspire – the tight and lively Heaven by Los Lonely Boys, a trio of brothers from San Angelo, TX. They call their style Texican rock’n’roll which blends blues, soul, country and Tex-Mex.

• MUSIC ENTHUSIAST Jan Vochten draws on a number of divergent genres in his 91-song playlist – electronica, folk, classical, country, African, Middle Eastern and more. He brings deep knowledge and open, inquiring ears to this considered set of selections. Some of them highlight the blending of genres and artists. Examples include – Outkast and Norah Jones, Nusrat Fateh Ali Khan and Massive Attack, Vieux Farka Touré and Khruangbin, Buddy Guy and Jason Isbell.

Jan is my cousin and lives in Mortsel, Belgium. I’ve been lucky to have been learning about – and sharing – music with him since I was a teenager.

Kurated is a music sharing project.
Share it with your friends!
Stay tuned and enjoy,

Why this song? The quick answer would be because Heaven is at once laid back and irresistibly danceable. But also, it is a lament – yet still full of hope. And in this era of ongoing utter turmoil, the song continues to lift me up and remind me that “heaven” is in fact right here, close at hand. When we are open, bite-sized reminders of heavenliness can be uncovered in the most unexpected places. 😉

About Helene: A writer and amateur musician, Helene explores her own bit of heaven while unabashedly making music with others.

LOOKING AT 19 PERFORMERS WHO MATTERED THIS YEAR

One of Belgium’s leading musicians, Arno, died in April of pancreatic cancer.
He was born in the same year as me and was an important part of my musical history.
He continued to write and perform until the end. Like Warren Zevon  – who released his last
album, The Wind, two months before his death – Arno recorded his last record, Opex, which
was released posthumously, in his final weeks. Hailing from Ostend, he sang mainly in
English and French. In one of his last shows, he is joined by his colleague and friend Stromae,
finding the energy and power to stand up and sing Putain, Putain
3 SONGS
Putain, Putain live with Arno and Stromae
Dans les yeux de ma mère One of his most famous songs
Je veux vivre From his last recording
O la la la Early work, lots of energy, his trademark

Weyes Blood
2 SONGS
from their second album of a trilogy. Every bit as good as the first one.
Grapevine
It’s not just me

Aurora
This Norwegian artist’s recent concert in Brussels received rave reviews. Her music
is very impressive.
The woman I am
Exist for love
Storm

Stromae
After a serious illness caused by malaria medication in 2015, this Belgian superstar finally came back with new and excellent music
L’enfer
Riez

Harry Styles
This one is inspired by my daughter. She attended his September concert in Antwerp and
loved it. We listened to his latest album together and agree it’s a good one.
As it was
Matilda

Some young and new Belgian bands

• Haunted Youth: their first album (Dawn of the Freak) was a big surprise with catchy and – at times – dreamy songs: Shadows,  Broken
• Sylvie Kreusch: Walk walk
• Lost Frequencies: Are you with me
• Tamino: Sunflower

Some new and old highlights

• Kaleo: Way down we go
• Angel Olsen: Big Time; All the flowers
• Valerie June: Fade into you ; Why the bright stars glow ; You and I
• Mustafa: What about heaven
• Arcade Fire: The lightening I and The lightening II

Check out the 91-song playlist

About Jan: I’m 73 and living in Belgium. There were many new discoveries this year.
Some were inspired by my daughter Hanne, my cousin Sietse and Kurated. It’s also been a
good year for many young and new Belgian bands. 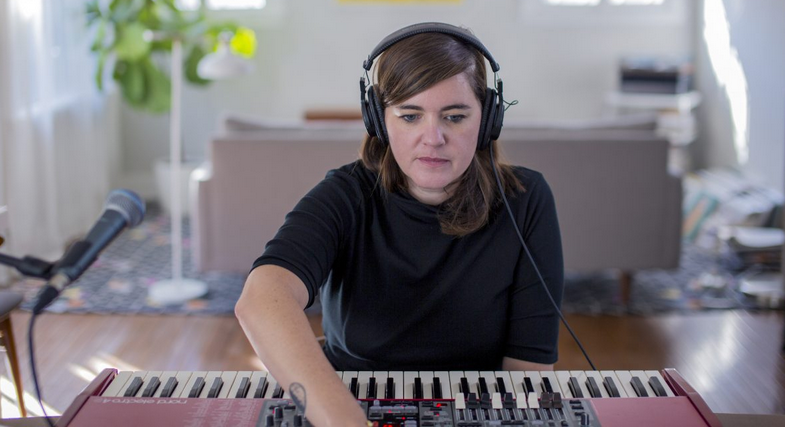