Allison Russell's first solo album is a wise reckoning about her childhood abuse
KURATED NO. 134
BLACK HISTORY MONTH
Outside Child by Allison Russell
PART 1: THE ALBUM

Hearing Allison Russell’s music is one thing. Seeing her perform live or listening to her speak is another. I’ve seen her on Vancouver stages a number of times and we had a brief conversation in 2016 as she was cradling her daughter at a Vancouver Folk Music Festival workshop stage. To get a measure of the woman have a look at the following two videos – A Nashville Tedx Salon and one of the excellent song videos from the album.

“You are not defined by what someone did to you.”

The wise reckoning in Allison Russell’s remarkable album, Outside Child, is shared through harrowing lyrics sung in a knowing and agile voice. The music is nuanced and strong as she relays a painful tale of childhood sexual abuse.

Twenty years into a musical career that has seen her in Montreal, Vancouver, Chicago and Nashville working with Fear of Drinking, Po’ Girls, Birds of Chicago and Our Native Daughters, Russell’s first release under her own name is a testament to survival and resilience.

“You are not defined by what someone did to you,” she told New York Times music critic Jon Pareles last May. “Yes, that’s part of the story. That’s part of who you become. But it doesn’t define you.”

Born in Montreal to a teenage Scottish-Canadian mother and a Grenadian student who left Canada before learning about the pregnancy, Russell was delivered into foster care until she was five when her mother married and reclaimed her. Her white and racist American stepfather – himself a victim of molestation – abused her until she left home at age 15.

In 4th Day Prayer she sings “Father used me like a wife/Mother turned the blindest eye/Stole my body, spirit, pride/ He did, he did each night” .

Russell had only referenced this period of her life in a few pieces with Po’ Girl and Birds of Chicago. However, her work with Our Native Daughters in 2018 marked a turning point. She wrote and collaborated on several songs for their album including Quesheba, Quesheba about one of her female ancestors who was sold into slavery in Ghana and brought to Grenada.

“The history that we were excavating on that project really made me understand my own history within the context of this continuum,” she told the New York Times. “Bigotry and abuse are intergenerational traumas. It’s not just my story.”

Composing music with her all-black, all-women, banjo-playing compatriots probing themes like gender, slavery and black women’s place in history opened the floodgates for Russell. During the group’s 2019 tour she started developing the songs for Outside Child with her partner in life and music, JT Nero. The resulting collection of 11 songs is as devastating to absorb as it is uplifting. Russell unpacks and relives the story, finding redemption and, ultimately, catharsis.

“One of the things that I think we don’t talk about as survivors is the extreme joy that comes when you are over on the other side,” she told the Times. “Part of putting this record out is just wanting to show that there’s a road map.”

The songs, musicianship and Russell’s voice work in unison to make Outside Child a cohesive set both in theme and sound. However, there’s ample variety – the lilting ballad Montreal which opens the album segues into the country-flavoured Persephone; the smooth, soulful feeling of Night Flyer and the jazzier Poison Arrow. Several of the songs benefit from passages in French and Russell’s lovely – at times haunting – clarinet which she uses sparingly and to good effect.

Musician Brandi Carlile says of her friend, “As a songwriter, her abstract poetry mixed with a literal mind is just unbelievable. She can take you out into the ether and describe something to you in an abstract way, and then bring you right into a brutal reality … this is one of the best conceptual albums I’ve ever heard.”

Outside Child has raised Russell’s profile and garnered praise and award nominations.

• The album placed second in both the New York Times album of the year list and Rolling Stone’s list of top Country and Americana collections.

• Outside Child was on the Polaris Music Prize long list for best Canadian album and Russell was nominated as Emerging Act of the Year by the Americana Music Association.

The following reviews are from the Vancouver Sun, Exclaim! and Variety

Five Things to Know About Outside Child

1: Nightflyer . Talk about a song that could have been a massive hit back in the days of the whole Laurel Canyon scene in seventies California. Russell sings with such a smooth soulfulness that you know she isn’t exaggerating when she talks about being a “midnight rider, nightflyer and an angel of the morning too.”

2: Persephone . Blessed with a fluid and flexible instrument, Russell can entirely morph from one song to the next. She is a fully countrified crooner à la Kelly Willis on this celebratory love song. The killer clarinet break is probably courtesy of Russell too.

3: Hy-Brasil . This tune seems to be a variation on a klezmer classic awash in acid rock reverb and then it shifts completely. The ensuing drum-and-voice folk chant that sounds straight out of the Appalachian songbook. It’s a heart-wrenching confessional about soul travelling from bad places.

4: Poison Arrow . A jazzy wee shuffle where the singer thanks a poison arrow for being kind to her. The multi-part harmonies throughout are hauntingly beautiful and the lyrics in French are far more evocative of New Orleans than her Northern homeland.

5: Joyful M—ers . In which the question is posed as to where have all the joyful mf’ers gone now that “this world is almost done.” Is it too late to conquer hate? The song won’t clarify that query, but it sure will leave you feeling empowered. A great close to a great album.

Allison Russell Demonstrates Versatility and Resilience on ‘Outside Child’

Allison Russell already belongs to two supergroups as the co-founder of Our Native Daughters and Birds of Chicago, but Outside Child marks her first foray as a solo artist. It’s often difficult for any musician to step out of the shadow of their group successes, so it’s reassuring then that Russell’s technical debut is an extremely generous project, in both talent and depth.

From the outset, Outside Child is a record steeped in resilience and healing — and a celebration of both, through events such as the abuse she experienced as a child in Montreal to the birth of her daughter. Take the opener, named after her hometown: “Oh you Cathedrals / Your shadows felt like / loving arms / I was your child, Montreal / You would not let me come to harm.” Russell asks difficult questions of her traumas, and while the answers aren’t linear, they’re no less than cathartic, even redemptive.

It’s the birth of her daughter that acts as the emotional lynchpin of the album. One gets the sense that everything Russell has been through pales in comparison to the redeeming power of that act. This belief is most potent on “Nightflyer”: “I am the mother of the evening star / I am the love that conquers all.”

It might be premature to proclaim Allison Russell’s solo debut the album of the year — some of her collaborators and boosters have their own records that may merit being in the running, for starters — but “Outside Child” sure has the inside track. With 2021 not yet at the halfway point, it’s hard to imagine many other albums coming along that could match the combination of emotional potency, melodic fluency, social significance and heartrending beauty in Russell’s retelling of a lifetime’s worth of debasement and self-reclamation. Musical memoirs don’t come braver, or better.

“A concept album about childhood sexual abuse and recovery” is not the sort of thing that lends itself to hype stickers, but once you do break the shrink-wrap on the vinyl or CD (and this is one case where you really need to buy the physical product, for the artist’s extensive liner notes), Russell’s song-by-song commentary unabashedly lays bare autobiographical details that make the songs even more riveting than they might be on a less informed listen. She’s been just as upfront about the album’s autobiographical narrative in media interviews, too. In short order, the better part of “Outside Child” has to do with the horrors the singer, now 39, experienced for 10 of her most formative years at the hands of a shameless adoptive father and a schizophrenic mother who looked away from a daughter’s sexual trauma. As subject matter for an album, it may sound off-putting; it should. 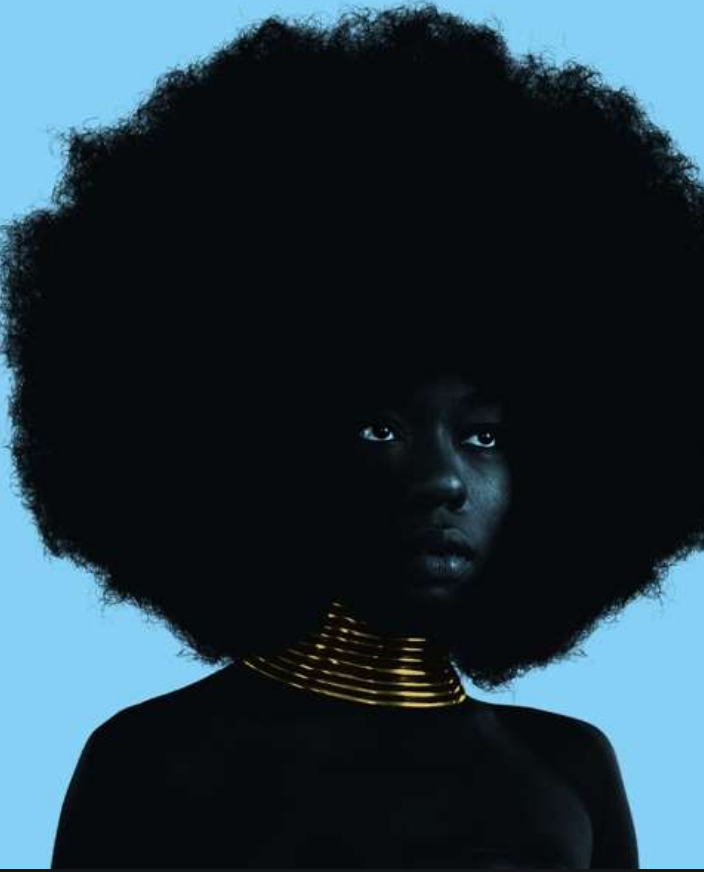 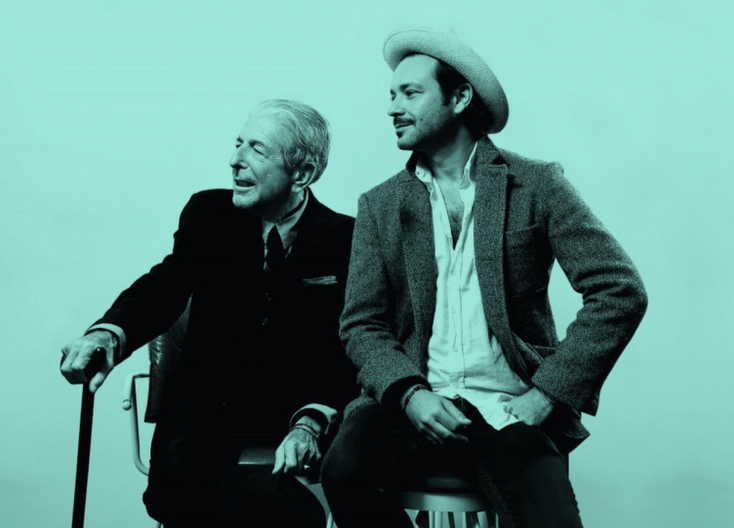