This past year I was introduced to the music of Kim Harris, a singer-songwriter from the West Coast of Newfoundland, who now lives and works in Nova Scotia.

She was a musical guest at the Writers at Woody Point festival this summer. I heard her powerful voice and sensitive lyrics and fell in love. She has a very warm stage presence and a delightful sense of humour. She was accompanying herself on guitar and piano, so when I later heard her album Heirloom I found it too crowded. But I now love it now, too.

The album is on Spotify. I’m not sure which songs to recommend, as they are all top-notch. Sanctuary, Heirloom, Uproar, Once You Were Wondrous. Any of these are good choices. Also What You Carry, Good Luck, oh, please listen to the whole album!

You can see her play the album in person on YouTube as part of the East Coast Music Hour. This includes her explaining the origin of some of the songs. She launched this album in early 2020, just prior to lockdown, so it hasn’t received the attention it deserves.

About Debbie: Debbie McGee is a retired filmmaker living in St John’s Newfoundland. Her work can be seen at debbiemcgee.ca

6-Song Playlist
Khlebnikov by Danny Michel
What Was Said (excerpt/trailer) by Tord Gustavsen
Where Do the Children Play? by Cat Stevens
Man Machine by Kraftwerk
But That’s Alright by King Curtis
Blackened Cities by Melanie Dibasio

A Passion For Sound. And Music

The obsession continues. Especially around equipment upgrades. I have a new SET amp. A highly esteemed Japanese kit, the TU8600-S. A 300B Single Ended Triode amp. A very direct, immediate sound. Recent upgrades to the turntable too. And on it goes.

I can’t recall what I shared  last year. Things come on to the playlist and hang around – sometimes for months or loop around again and again.

I have been on the lookout for LPs by Acoustic Sounds who are taking some of the best old jazz tapes and doing amazing engineering to reissue them as quality vinyl. I found some great stuff that way which I may not have found or bought otherwise. Like Sarah Vaughan.

Was I listening to Tord Gustavsen last year? I have a double album (well actually only three sides) that I am still really into: “What Was Said”. Remember Fraser McPherson and Oliver Gannon? I found a copy of “Live at the Planetarium“ that is getting a lot of play here. Great sax tone from Fraser and guitar by Oliver. Cool…and at the Vancouver planetarium!

I found an English pressing of King Curtis’  “That’s Alright” that brings up his sax and voice. I don’t know if it’s well known but it keeps finding its way onto the turntable.

Oh, forty or so years too late, I found a great red vinyl version of Kraftwerk “Man Machine”. Maybe a novelty in a way; bought on a whim. It reminds me that there is some electronic music that totally grabs me. Part of this takes me right into the club scene. A sonic and visual assault

Have you heard Danny Michel’s “Khlebnikov”?  I really like the production values. A great soundstage and pure.

Patricia Barber is still up there. Listen again to her versions of “Higher” or “Ode to Billy Joe”.

“Blackened  Cities” by Melanie DeBiasio at least once a week!

And at the end of many a listening session it’s “Where do the Children Play” on the turntable. Gets me every time. Rich and beautiful.

I’m not moving fast but, like an old tugboat, plowing deeply through the water. Feeling waves.  There is so much… heart, beauty, soul. It’s there. In the music.

About Jim Thomson: “I’m sitting here like that Maxell tape guy in the ad from a few decades ago listening to my favourite updated – but decades old – technology. Vinyl! Still listening after all these years.

I retired to a hill in Victoria, looking out at the vast Pacific. These days, I like to walk the dog, read, and contemplate the eternities, then stay up late listening to music.

Oh yeah, and have a meal and a drink with friends. I’ve been lucky to hook up with a band of audiophiles, so we are busy drinking coffee, going to the White Spot (does that sound like a senior thing or what?) for breakfast and sharing our latest finds or equipment tweaks. They have turned me on to some great jazz which had been a bit of terra incognita to me for many years. 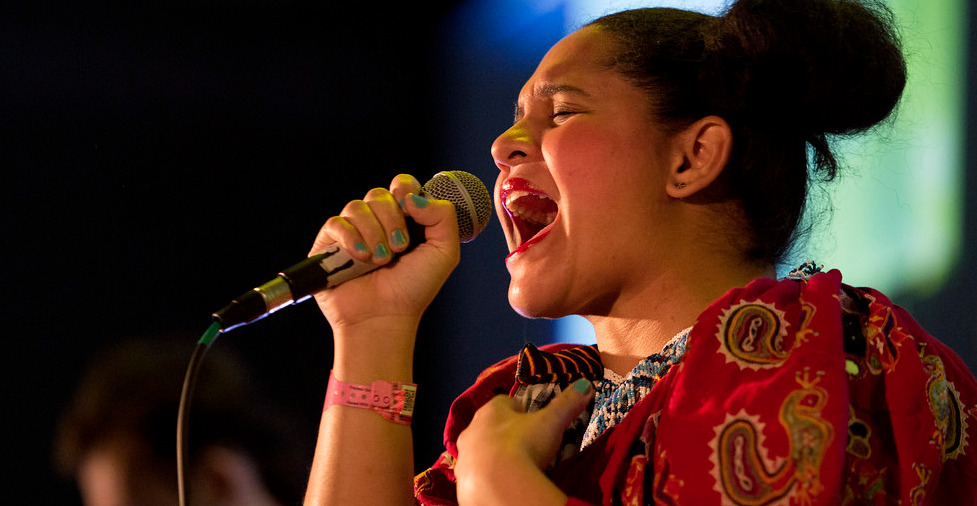